As promised, we are today unveiling the next character in our forthcoming release for Sunshine Love.

We have read your comments, concerns and criticisms of our lead-female MC over the past week, and we have made some physical changes to her figure which we hope most of you will find more appealing. Don’t worry, she’s not changed much. Only a few tweaks here and there were made.

Therefore, it gives you us a better chance of providing a character that may be suited more to your specific tastes, interests, desires etc.

We also wanted to use today’s post to give everyone more insight into what this game will be about, some of the objectives, etc.

But at the same time, we don’t want to give away too much either, as not to spoil things!

You will play as the main character (the guy in last week’s picture previews) who finds himself having to travel from his home to Sunshine Bay near the start of the game.

He goes there to help his childhood female friend run a Bed and Breakfast Hotel, which is located in Sunshine Bay. Your objective is to help her create more business for her flailing hotel before it goes into receivership. You will stay there during the usually busy Summer period, or three months if things go well.

You will also be given the task of helping her to recruit other people (or characters) in the town for specific positions at the hotel (e.g a cook, a maid, a receptionist, plus other jobs!).

As the game progresses, you will get to know some or all of these characters a lot better, and you will have the option to choose to see them as a work colleague, friend or maybe even something more!

Now before you ask, there won’t be any grinding or anything like that involved in the game, so don’t worry about it. Our idea is to keep the same gameplay from our two previous games and adding a little extra stuff to make the gameplay and endings not so linear. We’ll share more details about this in a future post.

There is a very detailed backstory that features at the start of the game. It will explain the relationship between the MC and his friend. You will also find out what his present situation is, and the exact reason why he must leave his hometown to go to Sunshine Bay.

Again, we don’t want to give too much of the story away before the game is even released!

About the new character

The character in the previews below is the female-MC’s “best friend”.

She’s eighteen years old, a keen surfer, and is currently studying at college. Her intention is to also help your friend with the running of the hotel.

Like with you and the “friend” characters, you will be able to name the FMC’s best friend character when she appears in the game.

Please let us know your thoughts on this character in the comments section below.

This new game is not just about us and our personal tastes, it’s for you guys and girls also. So use this opportunity when we post each character preview to let us know exactly what you think.

All feedback is welcome including criticism, as long as it’s constructive. 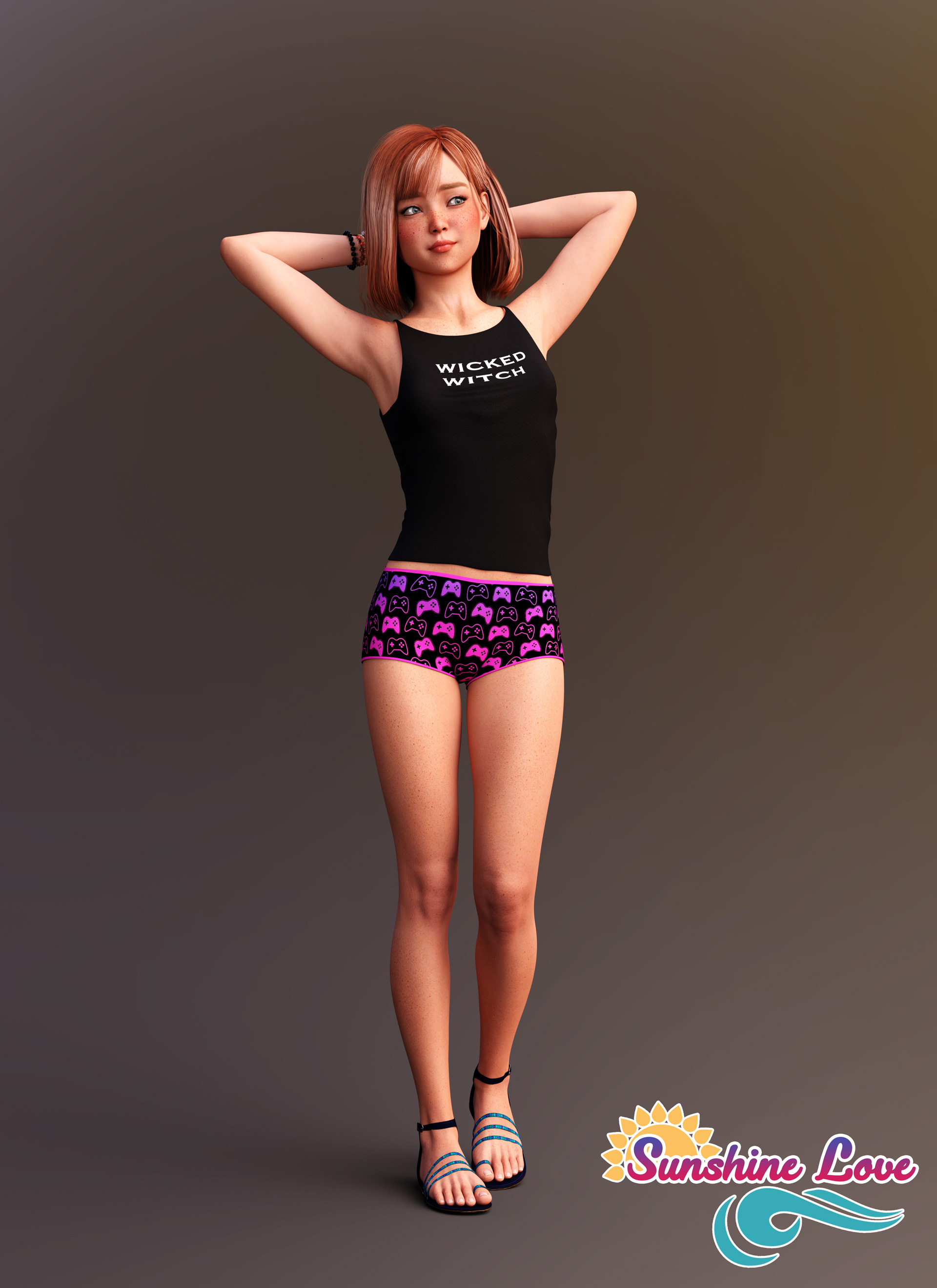 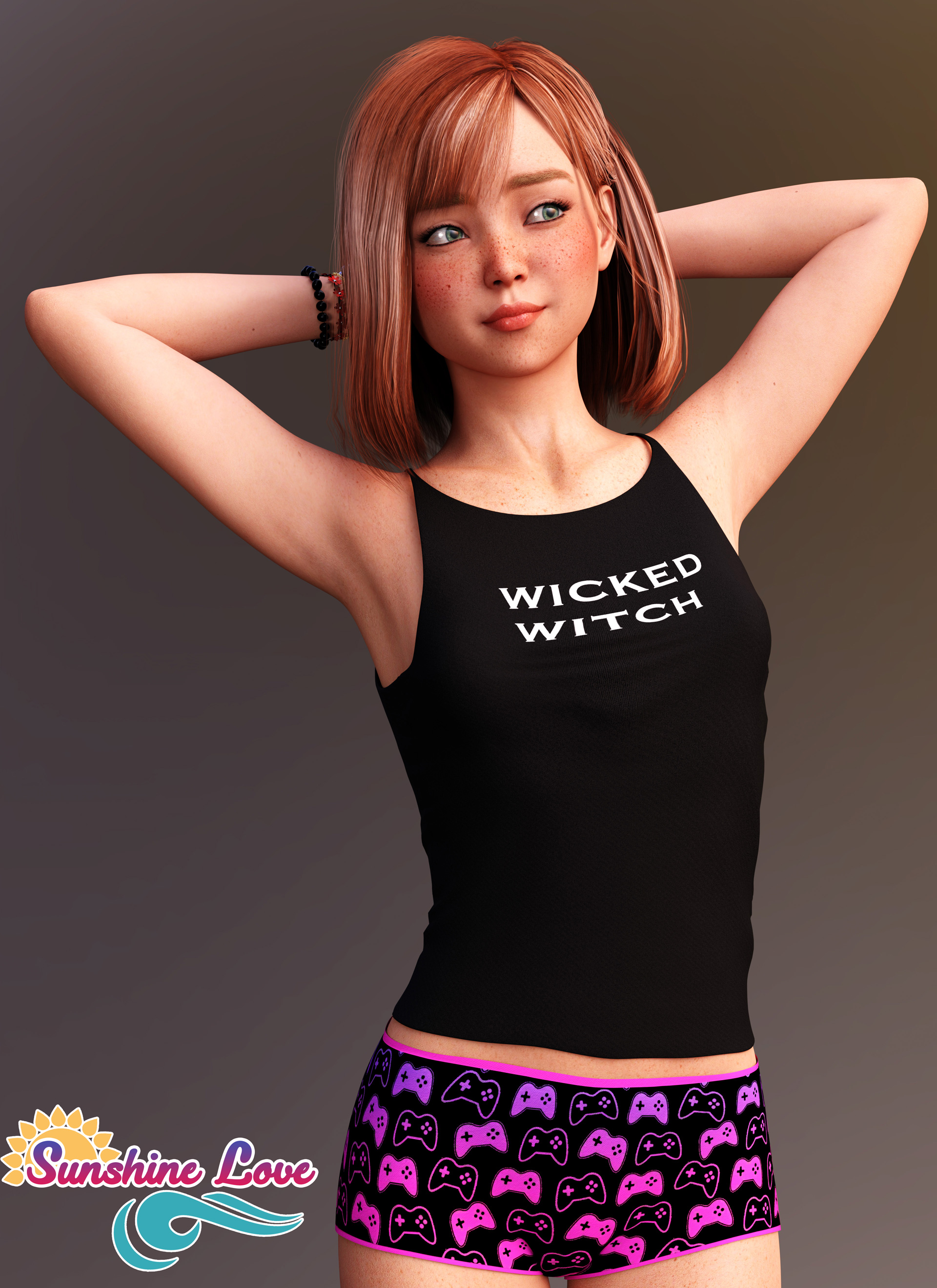 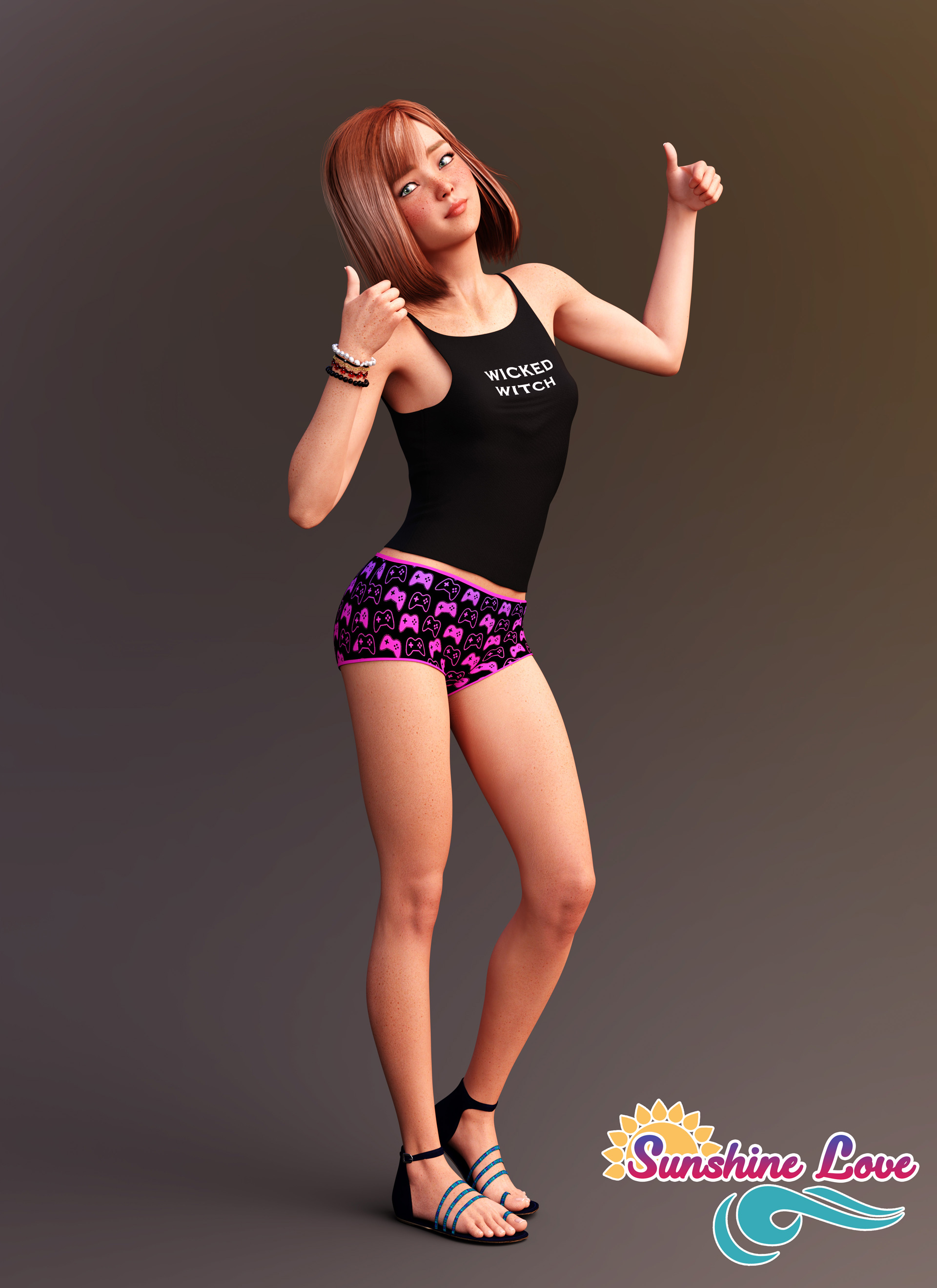 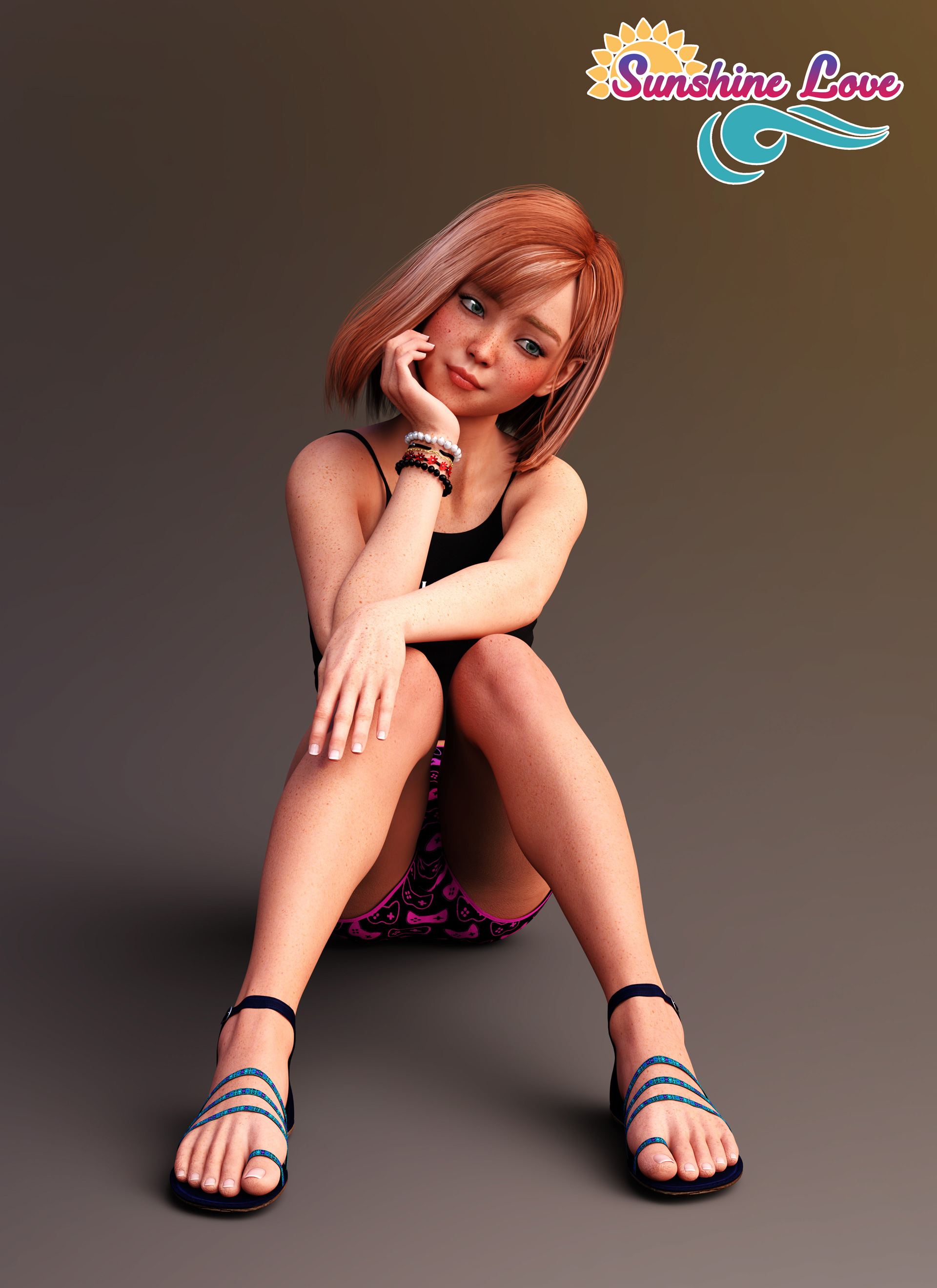 She’s a lot shorter than the MC. She’s 152cm tall or 5 feet tall. FMC calls her Shortcake because she’s short, sweet, and adorable! 😛

Changes to the childhood “Friend” character

As mentioned above and in replies, we gave to most of you who had some concerns about the first preview of the “friend” character, we have made some adjustments to her physique, to try and give her a more realistic look.

The main thing we want for this character is for her to be completely different in every possible way to the lead female-MC in our previous two VN’s.

We are well aware that it’s almost impossible to create a lead character that everybody is going to like. However, having multiple female love interests appear in this new game will give you all more options, and to (hopefully) find that one girl or woman that fits the bill!

Just because the “friend” is one of the main female characters in SL, doesn’t automatically make her the most important, or everyone’s favourite.

We know that. So please keep that in mind for when we get closer to the release date and when you are viewing the new character reveals over the next few weeks. We consider them all as someone’s favourite new character, regardless of how big their role in the game will be. 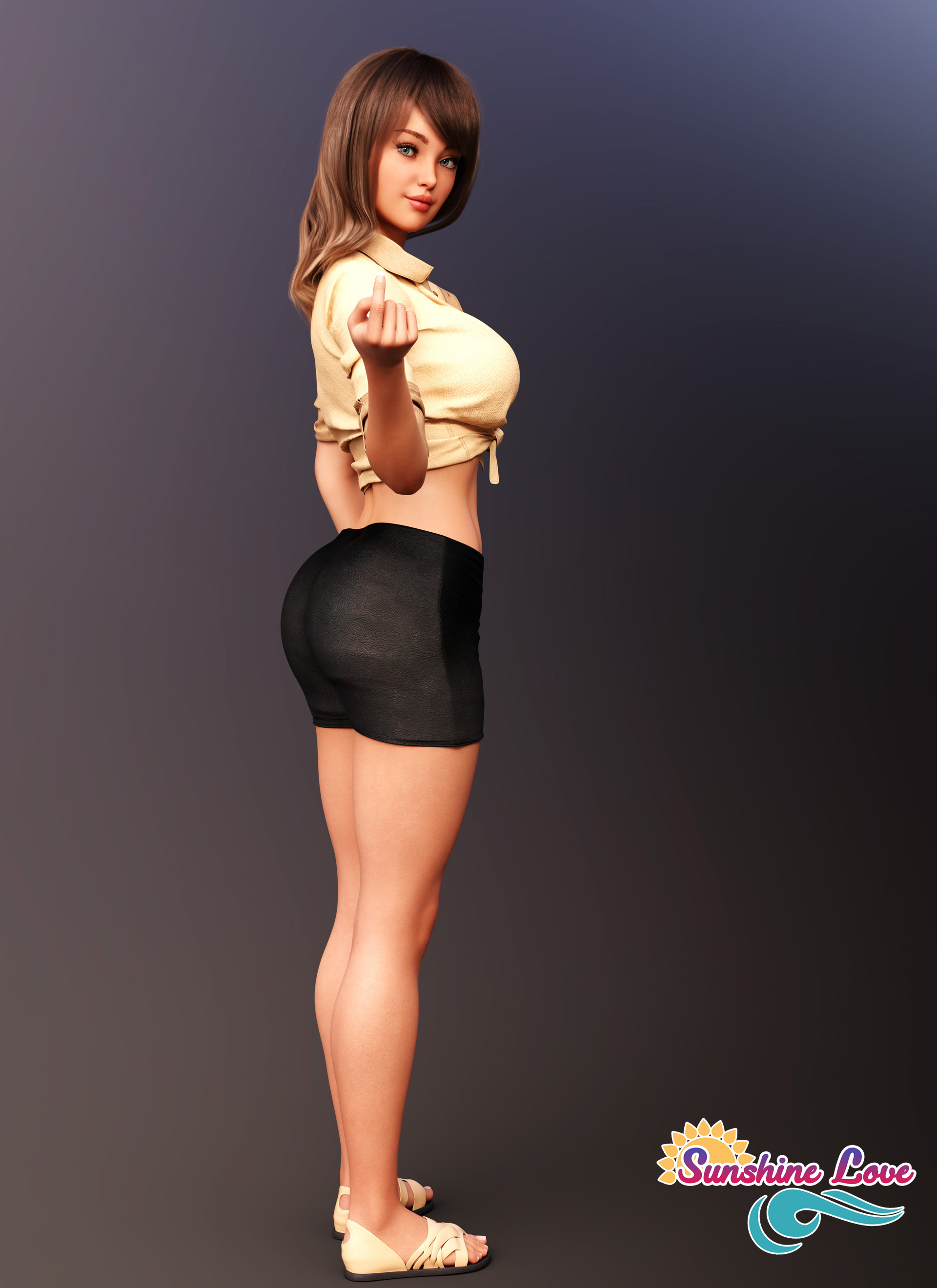 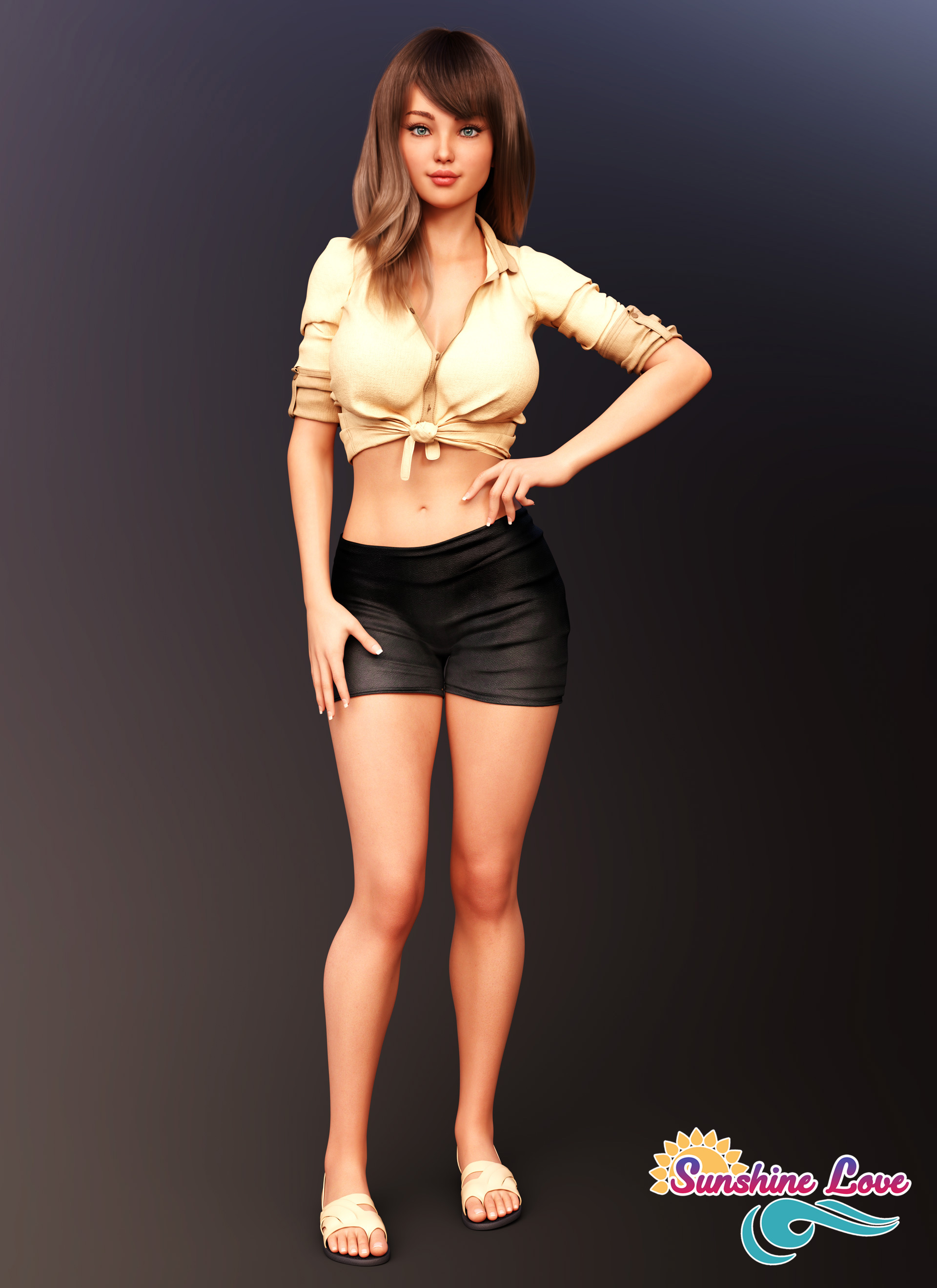 Some fans have asked what fetishes will appear in SL, or how it will differ to our first two VN’s.

All we can say right now is that we are very open to ideas and suggestions, and that we will try not to rule anything out at the present time.

However, please see the disclaimer below to see what will not feature in this version of our new game:

Disclaimer: “Sunshine Bay” will not feature bestiality, rape, and child exploitation. There will also be no fringe sexual fetish creations, such as necrophilia, NTR or fetish creations that are hard to distinguish from non-consensual sex. That’s not what we’re about and most people that have played our first two games will know that about us already.