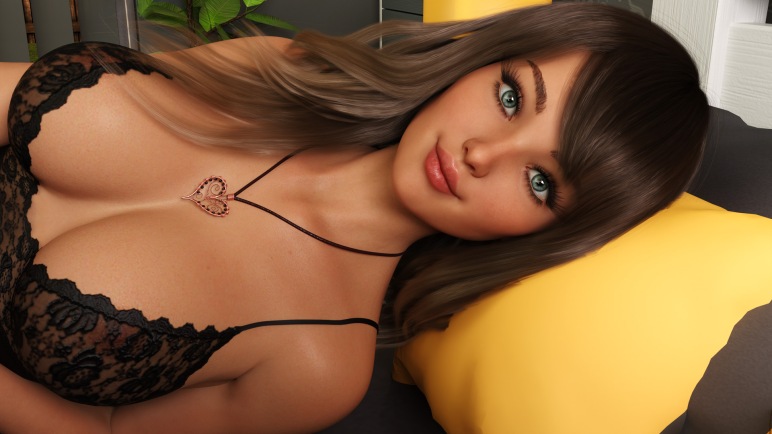 Good morning/evening to all of my loyal supporters.

The team and I wanted to release an updated version of Sunshine Love v0.0.3, as we’ve made quite a number of changes over the past few weeks that will affect the next update (v.0.0.4), which will be released on Saturday, November 28th. You can get the update by subscribing to our Patreon or SubscribeStar page:

We also wanted to give you a chance to have a play through the last update (or the whole game until this point) as there are some noticeable differences.

Something that was heavily mentioned by our fans and also discussed several times with my team was these two options from v.3 (below):

Going by the feedback that we received from you all, regarding this scene, it’s probably become the most important scene in the game so far.

We’ve heard your concerns, and we’ve made a big change to this scene that you will notice in this update.

In the previous version of the game, you were given two choices: “Don’t agree” or “Accept her decision”. We have removed the “Don’t agree” option (staying in a relationship with Nicole).

The dialogue that features in this scene will be you, the player, automatically agreeing to be in an “Open Relationship” with Nicole (for now).

However, during the new scenes in our next update (v.0.0.4), at some point you will be given two new options where you can either:

“Agree with her” (continue having an Open Relationship) OR you can “Break up” with Nicole.

The chance to officially end your long relationship with Nicole is an option that a lot of our supporters had asked us for, and something that we really should’ve included the first time around.

But as we’ve said several times in previous posts, we’re not perfect and things aren’t always so obvious when we’re writing and creating our scenes. But we hope that these two new options will appease many of our supporters.

When you get to play v.4 in a couple of weeks’ time, there will be a “Notification” screen that will come up for these two new options, with further details for what each of these choices will mean for your character in future updates. So keep an eye out for that notification in the next update!

Other changes that we’ve made:

With the help of one of our most knowledgeable supporters, “NabegoPewu”, there have been plenty of changes and corrections made to the coding in the game.

Another reason why we’ve put this version out two weeks before v.0.0.4 is released is because these changes to the code may break a lot of your previous saves.

So by playing this new version now, you can start making or replacing your old saves, which will have you all set to go for when Version 4 drops!

Any grammar errors that you have previous made aware to us have been corrected now, and we’ve also fixed a number of renders as well.

Due to these recent changes, those of you who have applied the patch that was made available on the Unofficial Discord Fan channel, will have to replace it with each new version that we release from now on. You can find the latest patch there if you need it.

If you are unsure, you can ask for help with this from the moderators over at our Discord Fan Server: https://discord.com/invite/DKhZGFr

A points error in the Walkthrough

In the last update during the scene where you are teaching Shortcake how to run the front desk, there are several options that you can choose in this scene.

Almost all of the correct options will give you +2 points for her, except for choosing Driver’s License > Ask for a passport.

Instead of us changing this, we’ve decided to keep it the same, so you don’t have to play this scene over again.

Let us know what you think of the changes and if you find any further issues or problems with your saves or any other error we may have missed, then please list them in the comments section or post them in the #bug-reports-sl channel on our Unofficial Fan Discord.

This will give us a chance to make (any) further corrections before v0.0.4 is released.

We’ll have another preview from v4 posted up in the next day or two, so stay tuned for that 😉

All the best, stay safe, and we hope you are looking forward to the continuation of “Sunshine Love” at the end of the month.

We’re certainly looking forward to finally presenting it to you all!